New fabrics and something borderlining an issue 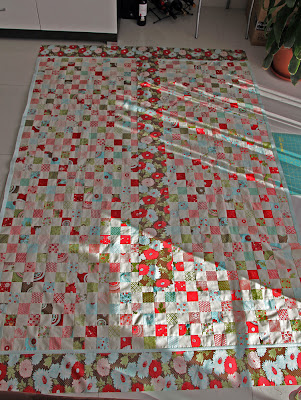 So as you can see, pun totally intended. This is what happens when your order 2 yards, is convinced you've converted all your measurements and it turns out you need 2 meters. You end up 20 cm's short. So I ended up not getting my planned continuous border after all... and in case anyone is thinking "it looks like it would have been enough if she just didn't put on the other borders first", that's sadly not the case, the top itself without borders is 2 meters.

On a happier not my mother gifted me (amongst other things to be shown off later) this adorable little cutting mat when I was in Sweden and it's really making my life so much easier! Not only for cutting small stuff near the sewing machine, but for when I'm measuring borders and cutting them I can do it "in place"  really easily! Love it mom, thank you! <3 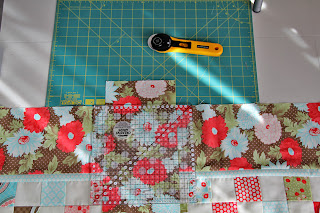 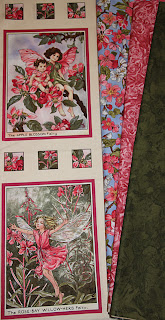 And I also thought I'd show you some of the fabric I bought in Sweden, my mother had made this beautiful drop shadow quilt top using Michael Miller's Flower Fairies fabric, which I fell head over heals in love with and with her permission bought fabric to make my own version of. Hers is in the blue color version though. 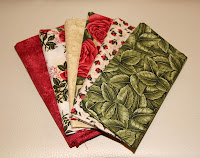 And I also bought some fabric in an adorably romantic rosy line from The Henley Studio, so not normal me but I just had to get some as Anki (a fantastic quilter, I hope she'll have a blog too soon to share her beautiful works with us), who was selling them had made a beautiful quilt from them and I just felt I had to have them.