Finishing up my Postage Stamp Quilt

So today I've finished up my postage stamp quilt, with only an eight or so left to quilt I wreck my needle completely, somewhat annoying when you just changed the bobbin thread XD 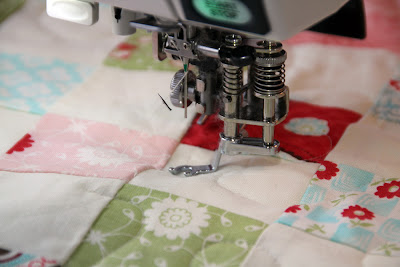 Had I only been happy with the 505 basting my quilt would have become much nicer, now I ended up with a few tucks on the back where I had tacks... This was because they where long enough to allow the fabric to glide around a bit but then it was a dead stop in some places where the tack had come in a bit diagonally. And those darn tacks then! Very close to completely impossible to remove (took me over an hour and I'd not used many) without risking cutting up the quilt. Some had even nestled one end in between the backing and the batting and will remain in the quilt forever now. I'm really NOT happy with it as a basting tool. 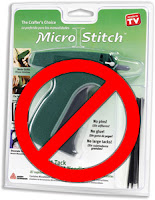 And then I continued with the fun of making 7 or so yards of binding, which actually wasn't even half as time consuming as I thought it would be, it came together quite quickly. And since I recalled that the awesome Anki had thought me how to attach binding by machine in a really quick and handy way last summer the binding part was actually just fun! So with the 505 basting spray and machine attaching binding, quilting is now pure enjoyment! =D 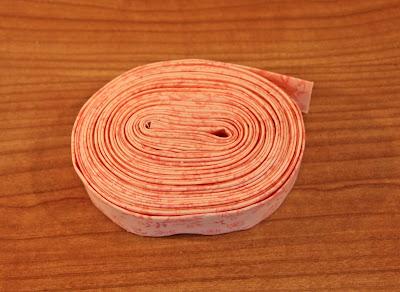 If the weather is nice tomorrow I will go outside and get some nice pictures of it so you get to see it finished.
Posted by Maria Wallin at 23:25