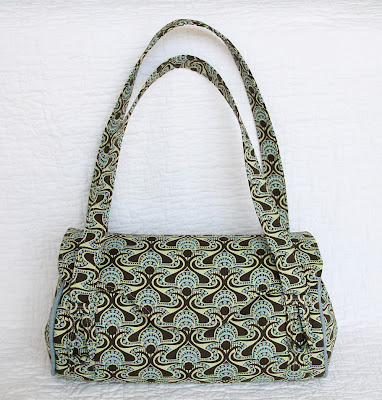 The main event during the quilt retreat for me was making a serious, every day use handbag for myself and with this also trying out my very first Amy Butler pattern, and I'd chosen her free Blossom Handbag pattern. I'm very happy with the end result even if the making resulted in a lot of swearing and seam ripping. While I really like the design, I'm not a true friend of the pattern (more visual aids and diagrams would have been very, very helpful!) as it's an advanced bag yes, but after having put it together once I think that with clearer instructions it wouldn't have had to be so difficult as it was.

I added piping to the rounded corners as they wanted to get a little bumpy otherwise, this probably because I used the wrong interfacing.

I'll be honest with you and say that those handle attachments will be used a lot by me further down the road, so cool! And that part of the pattern was also very clearly described and easy to follow which made them a delight! =) 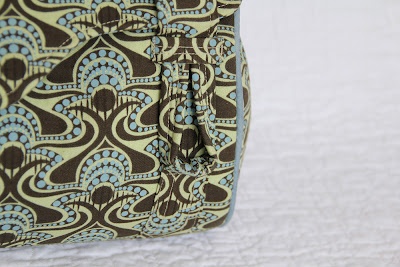 Made some small edits to the inside, divided the big inside divider panel/pocket into two smaller pockets, one for phone and one for the camera. I also attached a small snap hook for keys with a tiny yo-yo. I really wish the pocket panels would have been attached to the lining as as they are attached now only in the top corners, small stuff really rattles around at the bottom making it three places to search for ones lip balm instead of one =) 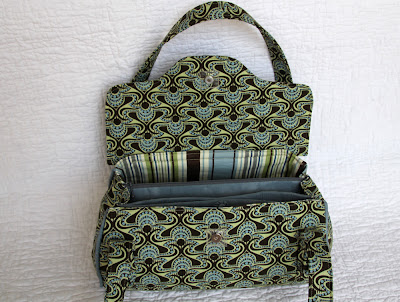 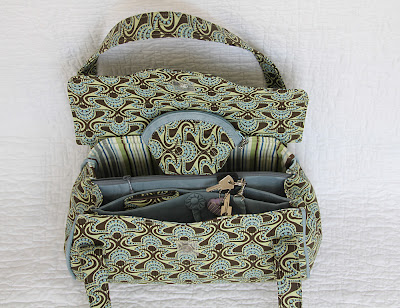 I of course had to make a matching make up pouch and a cellphone cover ^^ Really love the pouch pattern, allows me to attach the zipper by machine, a godsend! Really like the reinforced bottom too, which wasn't a part of the original pattern but I thought it gives a nice, finished touch =) 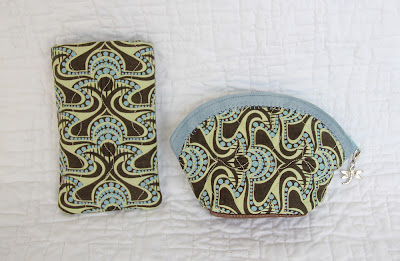 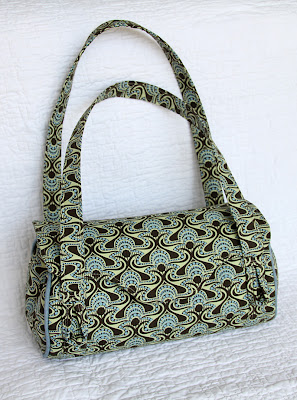 Email ThisBlogThis!Share to TwitterShare to FacebookShare to Pinterest
Labels: Bag