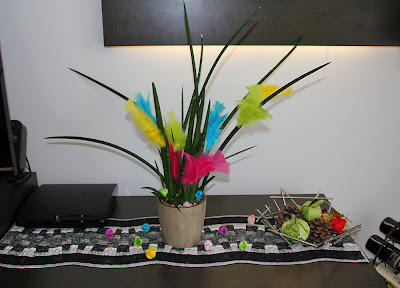 The Easter and birthday bunny (my mother^^) sent us a package of Swedish candy, lovely feathers and Easter chickens, summer quilting gloves and more and here's some of the decoration that came out of it =)

I've been sewing a lot but there's not much I can show I'm afraid... So in the mean time, please enjoy Easter in whichever way you prefer, my time will be spent in front of the swing machine when work permits, if I can get my hand on Portal 2 we'll likely be playing that too. Eating some (read a LOT) "bilar", and some good food. 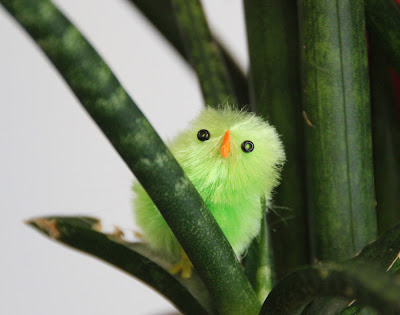 ========================================
On a less happy notice, Spring hunting is on in Malta.
An activity I really detest, tons of endangered birds of prey are illegally shot and/or trapped. The EU are against this and lot's of people are trying to get it to stop without much luck. So now some fantastic people are arranging "Spring Watch", which basically is volunteers walking the island, trying to ensure hunting laws are followed with risk to their own life.  And this has really improved the situation I believe, if I only could be off work that way I'd be out there in a second. The "risk to their own life" part is not exaggerated, having been on the wrong end of these hunters wraith before and being shot in the chest with a hail gun a few years ago I know what I'm talking about and that these people are not to be taken lightly.

I was working at a dog sanctuary back then and we'd been told by the hunters that for the time of the spring hunting (which was a much longer affair a few year back) the dogs where not to be let of leash, only to be walked on the road etc. Rules we gladly followed to ensure non of our dogs where hurt. However, one morning when me and another volunteer where taking out the first batch of dogs for a walk, a coward was hiding down the road behind a huge pickup truck. He fired two shots (we think, quite a lot of panic here) at us which luckily non of them hit any of the dogs and me got some of the spray in my chest, luckily it was really cold and I was wearing heavy clothing so I wasn't badly hurt, but it stung like a bitch. The other girl got some pieces of hail in the forehead which caused some damage and quite a lot of bleeding, she was only thanking her lucky star she got to keep her eyes...
The bastard took of driving like a mad man and we where to chocked to think of taking his license plate number. The neighbor farms (who where quite positive to the sanctuary and the work we did despite the fact that the dogs sometimes tended to end up in their crops  while learning to be walked off leash ^^) told us though that they'd never seen the man or car before and the speculation was that he had come from another part of the island to avoid recognition. The police couldn't care less when the issue was reported...


Me and Beauty at Noah's Ark: 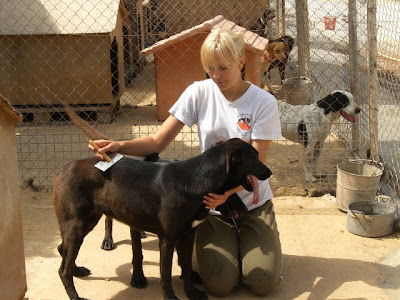 The reason I'm telling the story is because I truly believe that if more people got their eyes open for this issue, hopefully something can be done and the Maltese authorities would be forced to take action.
Posted by Maria Wallin at 10:54