I made this clutch this summer actually at quilt camp and just never had time to blog about it, and I've used it every day since, I love it! It's my wallet and when I don't want to drag along my big bag, it also doubles as a bag which will hold my phone, keys and the "bare necessities" to leave the house =)

The pattern is from Emmalinebags and it was a lovely pattern, very easy to follow and it was so much fun to make that I actually made two right after each other. The other one is a little more fancy, will show it off later as I don't have it with me now. This is actually the second one I made and I deviated a little from the pattern here and added a little zippered pocket to the back, which is perfect to hold my keys as they didn't really fit otherwise. 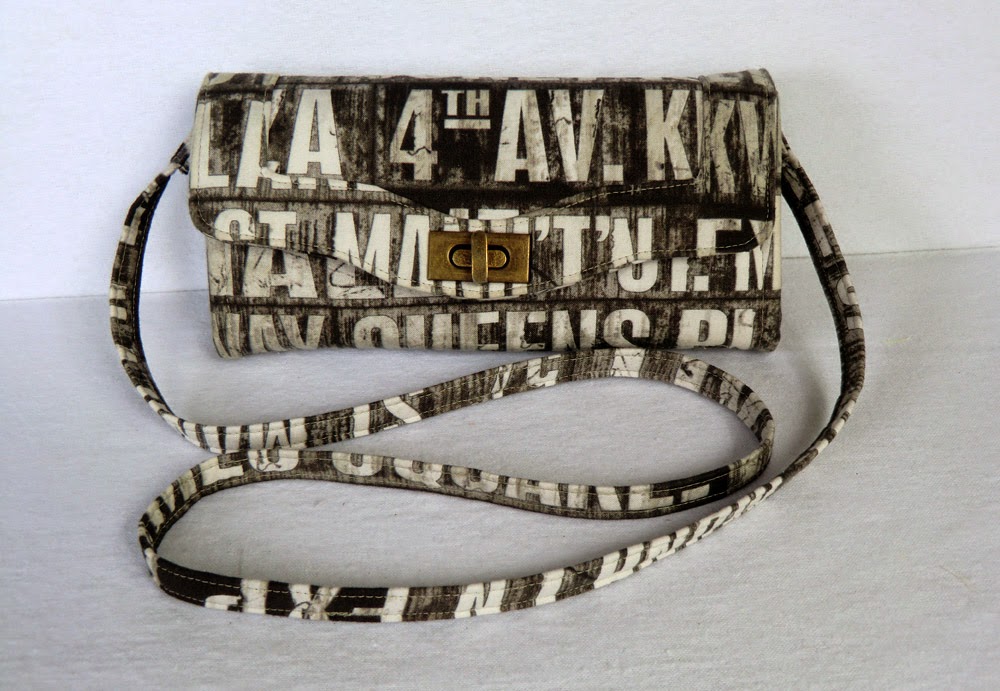 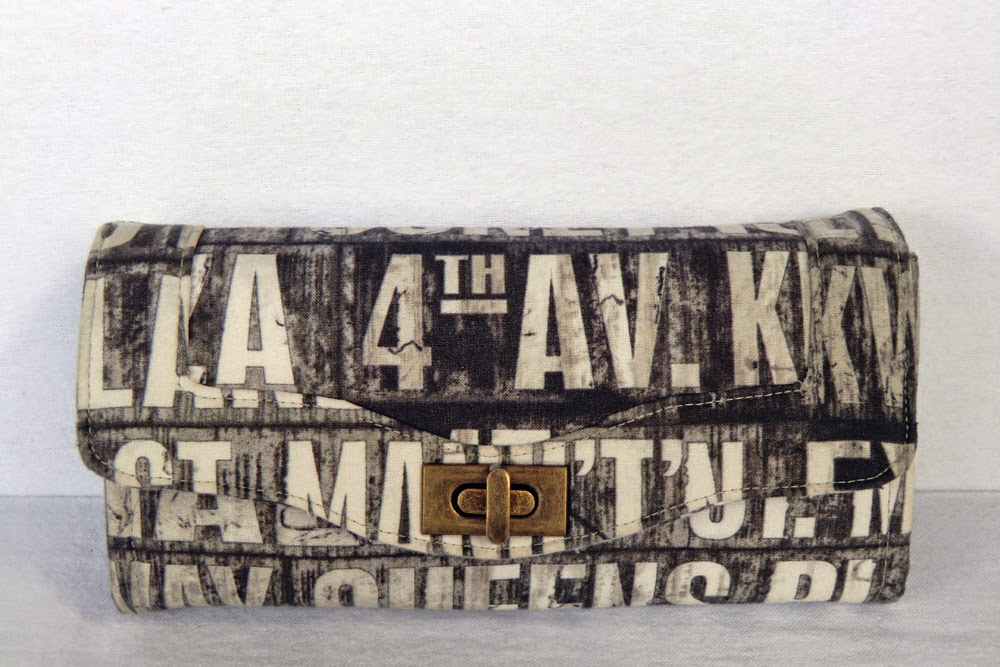 I just love all the pockets and that it folds out so nicely to get easy access! 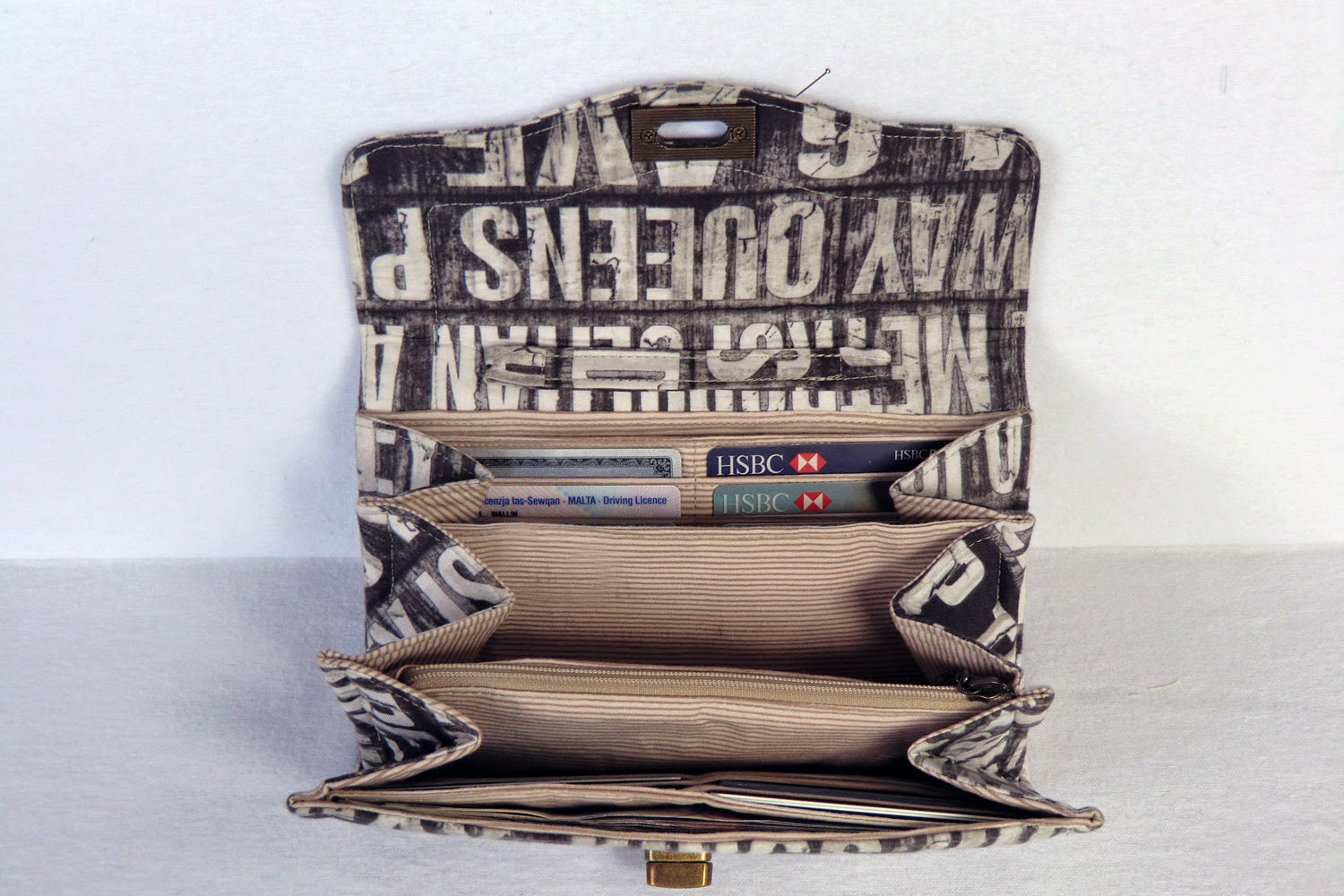 The extra pocket I added for convenient key access =) 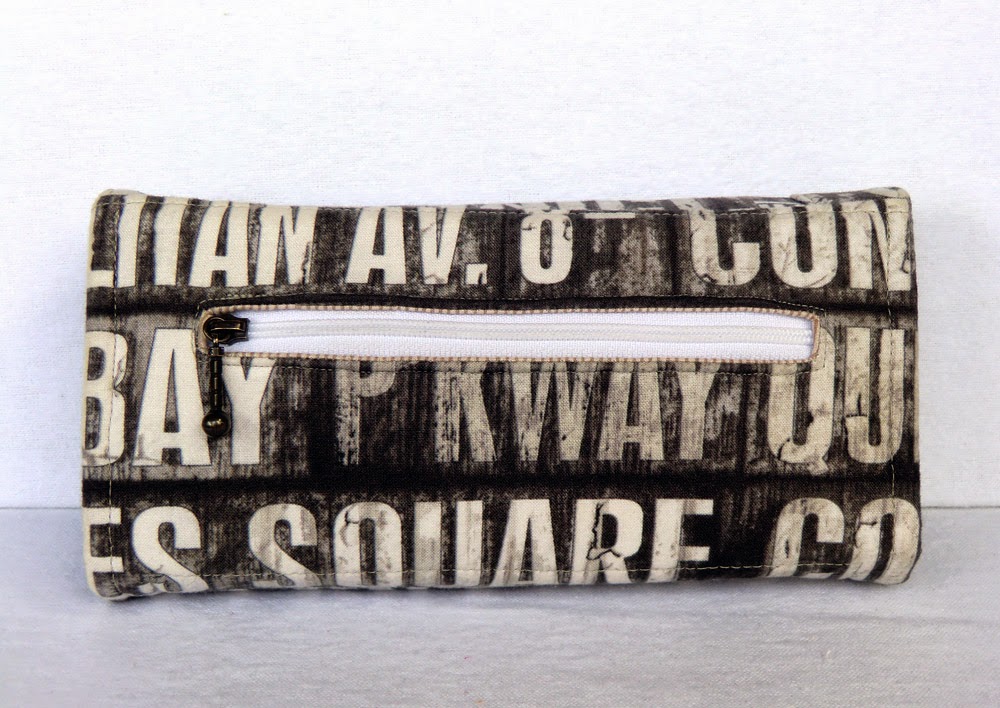 I was super scared about the kind of lock used for this bag as I had never used one before - but let me tell you, there was no need to be afraid, it was really easy to install!  =) 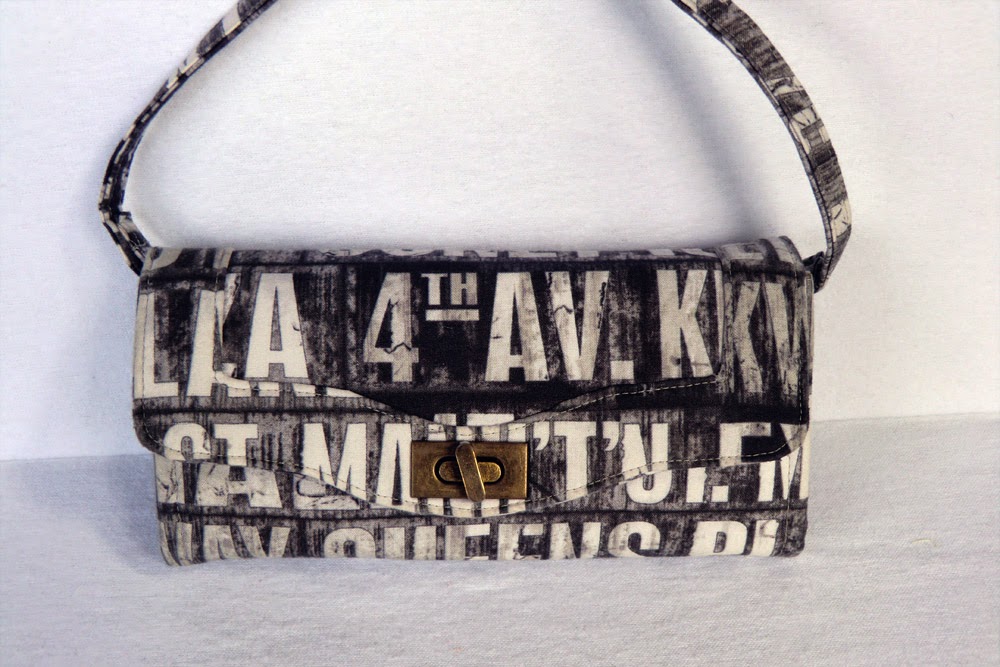 If you've considered making this bag but been worried about it I can just say  - don't be! It's so much fun to make you'll not only make one, but several! =D The only comment I'd like to make is regarding the little edge on top of the lid, I'd recommend you to make the "ends" (this will make sense when you sew it I promise ^^) slightly longer then the pattern tells you too, as when you sew the lid to the bag, it tended to feel slightly on the narrow side (for me at least) and I didn't get a full 1/4 inch seam allowance, making me a little worried.
Posted by Maria - Pink Pony Design at 15:22