Me and Tova has spent the day finishing up our sock monkeys, however as I really don't like monkeys (I know, I'm a terrible, terrible person - who doesn't like monkeys??) I decided to go for a sock kitty instead! =) 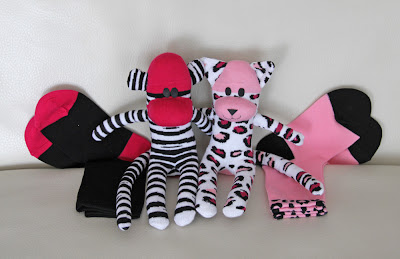 We have to take lots of step by step pictures for Tova's teacher in Sweden, and since you stuff a sock monkey through the crotch we wanted to take some pictures of sewing it up. However, we did not realize exactly how weird this photo would be until we actually saw it, safe to say - it did not get sent to her teacher =D 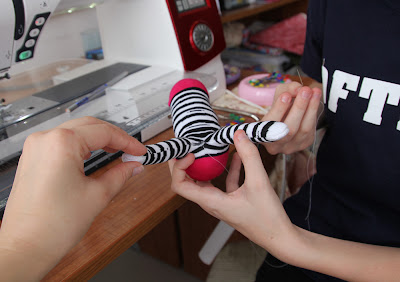 Sock Monkey Factory - I just love this picture, we have so much fun during our classes! 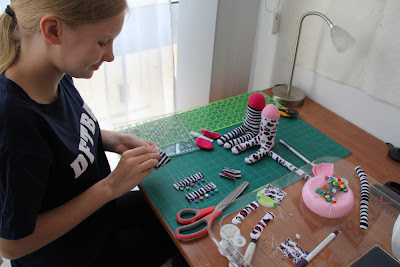 When we where taking pictures of the fruits of our labor, Diana of course came to join, which resulted in the sockies going for a kitty ride. My sock kitty is named Kiki and Kiki and Diana are becoming very good friends ^^ 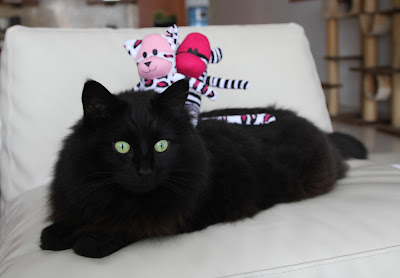