Fairy decision & I'm in a flyer!

When I was in Sweden I picked up a couple of these flyers from Mias Quiltbod as they to my great delight and happiness contained one of my WIPs from the summer quilt camp! I was so honored and happy and I just can't believe I've forgotten to blog/brag about it from February when I found it! 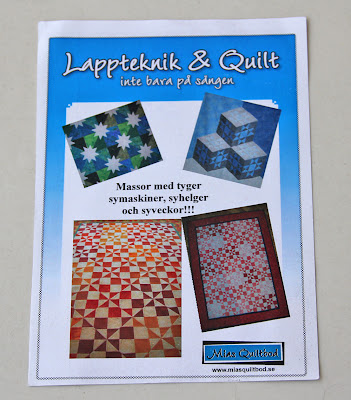 Do you recognize my my somewhat wonky cubes in the top right corner from this post: UFO - UnFinished Object.html? I'm ashamed to say that nothing more has happened to those cubes since that post. But maybe later, I have so much fun new fabric to play with that I can't very well stay in the past now can  I (poor excuse I know, now when they're famous and everything ;) )?


I also made a decision regarding the Fairies and I decided to remove the pink line,  turns out it was a good decision no? 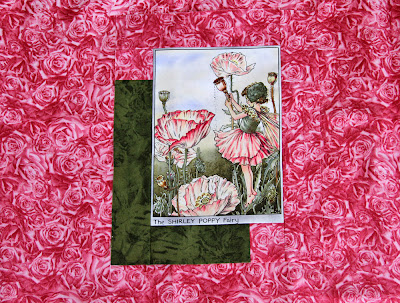 I've also been playing with my Sunkissed by Sweetwater scraps, this fabric line is so beautiful that I'm determined to use up every single scrap of it! I'm turning them a Sunkissed version of this beautiful table runner from Moda Bakeshop: Skinny Verna Taberunner. Right now I'm having fun playing with color and values. There's so much joy for me in working with these pretty colors you wouldn't believe it! 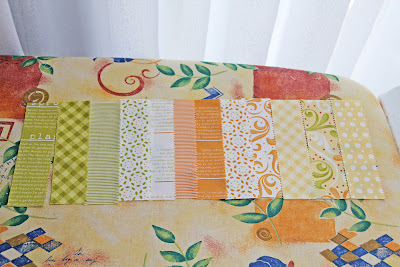 Me and my sewing student have "sewing in stretch fabric making a soft toy" on the schedule lately and we've been turning a pair of socks each into sock monkeys or in my case something similar, will share more about that later and I leave you with this image of one of Tovas socks in preparation mode. 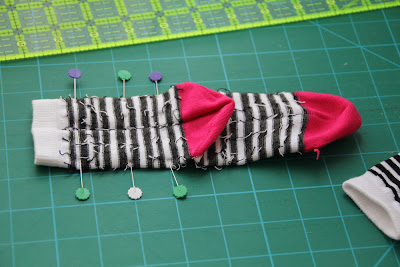